People attend music festivals for many reasons, but most importantly is that festivals provide a form of escapism for those who need a brake from the mundane. Many people face great pressures in their day to day lives and need an outlet to let loose and be free.

As someone who has attended several concerts and festivals, I have witnessed many things that can be noted as religious. For example, live music and the intensity of bands performing, the reaction from the crowd (chanting, singing, dancing, crying, etc), and most importantly the 'sacred' bonding that takes place at music festivals. While the festivals I speak of are secular in nature, there are many aspects which resonate with religiosity, such as: 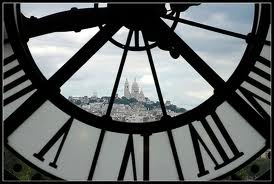 During any type of festival people just want to enjoy their time. Some may wish to learn more about their views of the world, or become more in touch with themselves, but making the most of their time is certainly a top priority. Festivals offer their attendees the chance to take a look back and reflect on the reasons which brought you there. Not all concert and festival goers are frivolous folk, they plan and take time out of the lives to attend these events. Many may have had to take time off work or find other ways to arrange for them to be at these festivals. It could almost be seen as sacred time. This is very similar to religious festivals in that the time spent during it is sacred and separate from time spent during daily life. 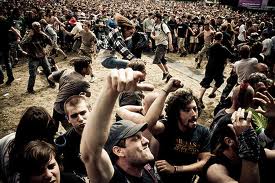 People at rock and roll concerts and music festivals participate in many acts that could be seen as primal. One of these acts is the mosh-pit. Moshing is a form of dance where participants will push, jump or slam into each other. It's pretty exhilarating from personal experience!  However, injuries frequently occur because of mosh pits, deaths have even been reported during what is named the "Wall of Death" -- an adaptive form of moshing that occur at metal shows. Such characteristics are also evident in many aspects of religion, most notably, sacrificial acts such as the offering of food or objects, and often the lives of animals, to a higher purpose as a form of worship.

The mosh pit is an intense place for most people when at a festival or concert. There are no boundaries. No "personal space." For many this is a time for them to let out all the things held in, it's a great release of  our inner selves.  On the outside, religious people may think mosh pits that celebrates violent and even death, however there is so much life present here. For a lot of people, they feel that all they really have is music. It's what keeps them going day after day. Some find this strength through religion, others find it through music.

Many religions have also used intoxication via drugs for spiritual purposes. For example, much of the Hindu belief and practice grew out of the use of Soma, a god, plant and drink which is the focus of the Rigveda -- an ancient Indian sacred collection of Vedic Sanskrit hymns (Absolute Astronomy).

The use of drugs like Cannabis is not uncommon among some Hindu secs. A drink prepared with milk, spices, cannabis leaves and flowers, called Bhang, is drunk in honour of the god Shiva -- who is connected with Cannabis as she is believed to give the plant to mankind. The leaves of the Kratom tree have also traditionally been used as an ingredient in a tea with mild stimulant and opiate properties (Absolute Astronomy). Many Rastafarians believe cannabis is a sacred gift of Jah and may be used for spiritual purposes to commune with God but should not be used profanely (NEOPha Inc). Also, the use of a hallucinogenic fruit, Peyote, is used in many Native American's to enhance their religious and spiritual journeys (Maroukis, T. C., 2010).

The use of drugs at concerts and music festivals is very common as a means to enhance the users experience or to better enjoy the music and festival, much like the use of drugs in religious pursuits. I believe that these two different uses for narcotics could be seen as similar experiences. The use of LSD is very prominent in society as a means to alter ones mental state, and to become more aware of yourself perhaps to the point of enlightenment. The effects of LSD can produce mystical and transcending experiences for the user to the point of ecstasy  much like that of pure religious experiences. More information on LSD and Religious Experience can be found here.
Festival Bonding

The bonding at a music festival and the bonding that occurs through religion is very similar. Some festivals can reach upwards of a half a million people, so there will without a doubt be a wide range of individuals present and most of which come from different backgrounds. They often only have one thing in common with each other: their taste in music. This bond is similar to the religious bond as many groups of religious people may have only one thing in common between them despite age, gender, race or class: their religion. We see this though the various denominations of many religions, all which have the same God.

The bonding which takes place at a festival is unmistakable. For example, within 5 minutes of lining up to see the band Bloc Party at last summer's Osheaga festival,  my friends and I started chatting with some other festival goers from the west coast of Canada. As soon as we met they offered us some drinks, helped protect us from the falling body surfers overhead, and joined us later on our adventures for the day. When you attend a music festival, you can look at and talk to the other people almost as family. 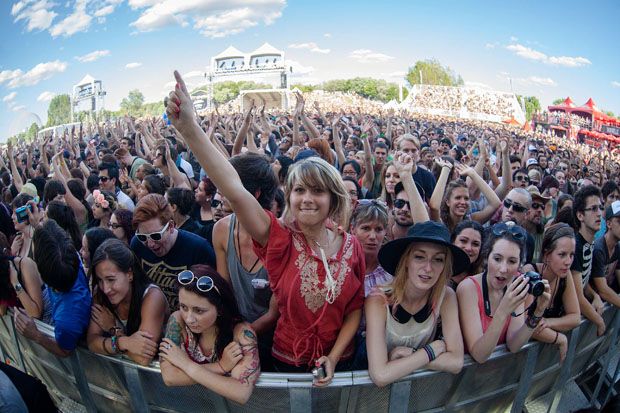