Biggest Festivals in the World

Music festivals have been around for decades, however, they have certainly been on the upswing in recent years. My own personal opinion for the increase would be that many businesses are realizing the potential behind sponsoring these events for branding purposes. With more money behind them, music festivals are not slowing down and are growing on a much larger scale.  To "bring home" this point, and familiarize the unfamiliar, I want to share with you a list of festivals simply to draw a picture of how large a role festivals play in popular culture today. 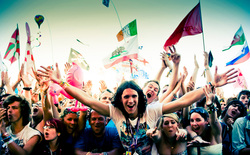 The festival began the day after Jimi Hendrix died in 1970 making it one of the oldest mega music festivals still being produced. Attendance was 1,500 and entry was £1 including free milk from the farm. In 2010, more than 175,000 festival goers attended each of the three days it was held.  For more information visit the Glastonbury Page. 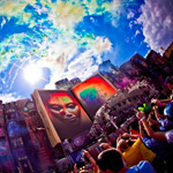 Tomorrowland is a 3 day music festival that is amongst the biggest dance festivals in Europe. It's unique fantasy amusement park setting is complemented by the dance heavy line-up featuring other similar sub-genres. Tomorrowland is one of the largest electronic dance music festivals in the world and is organized by ID&T, Entertainment and Media Enterprise.  Tomorrowland occurs in the town of Boom, close to Antwerp, in Belgium, and has been organized since 2005. 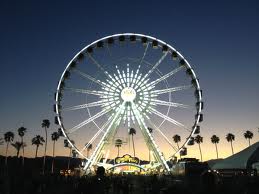 Coachella has rapidly become the most notorious music festival in the world and is known for it’s trend setting music lineup and amazing sculpture and art displays. The festival, which is held in Indio, California over the 2nd and 3rd weekends of April, has sold out for the past 3 years. With nearly 1 million combined followers on facebook and twitter, Coachella is the undisputed #1 Music Festival in North America.

Take a look at this year's line-up! 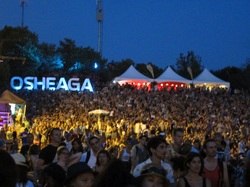 Osheaga is a unique and eclectic music and arts festival staged in Montreal's breath-taking  Parc Jean-Drapeau on Île Sainte-Hélène. The festival was inaugurated in 2006 with the intention of offering a world-class European-style festival to Canadians and to showcase Montreal’s acclaimed local talent alongside some of the industry’s biggest names. The artist line-up was designed to present a mix of today’s most avant-garde emerging artists juxtaposed against those internationally known artists who appeal to the most discerning music lover.

Check out this years line-up here. 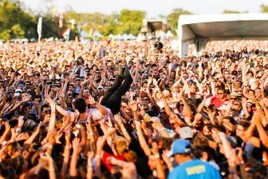 Austin City Limits is an annual music festival held in Austin, Texas. It is held over three days in mid October in Zilker Park. Austin City Limits is a multi-genre Music Festival featuring styles of rock, indie, folk, country, and electronic music, and features well over 100 musical acts over the weekend. The Music Festival contains 8 different stages for the performances throughout the festival grounds. 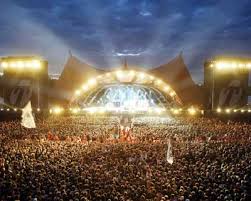 Now a four-day festival preceded by a four-day “warm-up”, attendance at Roskilde swelled from around 25,000 when it first started in 1971 to 71,000 all-week tickets and 4,000 one-day tickets in 2010. Bob Marley played at Roskilde Festival in 1978, U2 in 1982, Metallica in 1986 and Radiohead in 1997. 1975 saw Swedish bikers spend Friday night lighting big bonfires and ploughing the neighbors’ strawberry fields on their motorcycles. A look at this year's line up can be found here. 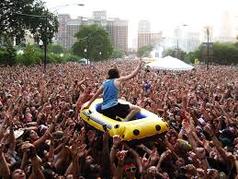 Lollapalooza bends more towards Pop-Rock, Alternative, and Metal. The festival was born out of the 90′s Alternative Rock craze and toured North America in the summer for a few years. It has since taken a hit in attendance and ended it’s multi-city tour after finding a good residence at Grant Park in Chicago, Illinois, where it has remained since 2005. Lollapalooza is one of the best rock festivals in the US. 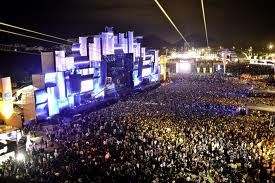 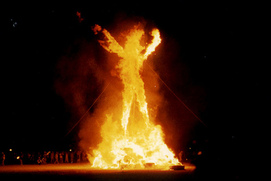 This annual art and temporary community project stages a week-long event in the desert in Nevada. It is not a traditional music festival with acts on a stage performing for fans. Instead, organizers describe the event as the creation of "Black Rock City’ " the name given to the temporary community. The festival takes place each year for a week prior to and including the Labor Day weekend. The Man – a wooden figure - is usually burned on the Saturday night before Labor day. Burning Man is by far one of the most unique festivals on the world stage, and one of the best music festivals in the US. 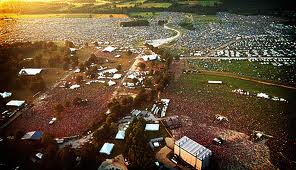 Bonnaroo has become the East Coast of America’s answer to Coachella. Bonneroo has a similar lineup as Coachella consisting of a mix of Indie, Electronic, and Hip Hop artists that draw huge crowds from the East Coast and South of the United States. The festival is held over 3 days in the 2nd weekend of June in Manchester, Tennessee. This festival has quickly established itself as one of the best music festivals in North America.

This year's festival looks awesome, check it out! 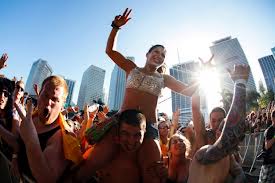 Ultra Music Festival used to be held in conjunction with the Winter Music Conference in Miami, Florida. UMF has since continued to establish itself as the largest and most respected EDM music festival in North America. Ultra is widely regarded as hosting nearly every relevant name in Electronic Dance Music on their roster. Ultra Music Festival is considered to be one of the best music festivals in the world for Electronic Dance Music. 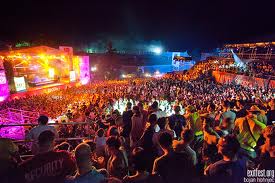 Novi Sad, Serbia’s second-largest city hosts this annual festival at its Petrovaradin fortress. The fortress, built between 1692 and 1790, and its surrounding land is flooded with 250,000 to 350,000 people every year over the course of four days. Exit Festival is one of the most unique festival settings out there. It is held over a 4 day period in the Petrovaradin Fortress of Novi Sad, Serbia (an 18th century fortress on the Danube River.) By far one of the most picturesque settings for a music festival that exist in the world, and since the Exit Music Festival’s founding in 2000, it has been recognized as one of the best music festivals in Europe. 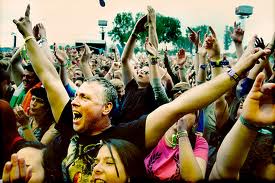 Set up in 1975 on the grounds of a local youth movement in Werchter, Belgium, attendance was more 100,000 by 1984 when the festival was a double act, twinned with the town of Torhout. From 2000, the festival returned to just one location, Werchter, attracting 80,000 people on each of the four days it was hosted in 2010 and a further 30,000 one-day visitors.

Other Festivals around the World:

Scotland’s biggest and most successful outdoor music event is now more than four times its original size. The festival was launched in 1994. Fancy dress Friday has become a tradition at the festival and sees the weird and wacky come out to play in a range of different outfits.

Concerts are held simultaneously in Reading and Leeds, England, with both festivals sharing the same bill. The Reading Festival, the original leg of the two, has been going since 1961 when it was a jazz event. Nirvana performed at the festival in 1992. Attendance at Reading was 87,000 on each of the three days, while Leeds saw 75,000 festival-goers on each of the three days.

This six-day music festival in Budapest, Hungary, started in 1993 and saw 390,000 visitors in 2010. British band Pulp were among headliners, as well as the Chemical Brothers and heavy metal band Motörhead at the 2011 festival. The festival has its very own “party train” to transport attendees from Amsterdam to Budapest, including DJs and champagne.

Some 200 acts play on one of the 8 Pukkelpop stages in Kiewit, near the city of Hasselt in Belgium each year. The festival attracted 62,500 visitors on each of the days it was held in 2010. The festival hosts both big names and relatively unknown new talent. Iron Maiden, Queens of the Stone Age and The Prodigy were among big names playing at last year’s festival.

This festival is the Netherlands’ longest running and best known music festival. Staged at Landgraaf, south of Amsterdam, the festival hosts around 180,000 people across three days. Running for its 42nd year it will be held in June with 39 bands expected to appear across its three stages.

The Big Day Out, Key Cities in Australia and New Zealand (Attendance: 56,000 per day)

The festival stops off at the key cities in Australia and New Zealand and attracted 337,248 revellers in Auckland, the Gold Coast, Perth, Melbourne and Sydney, across the two-week period in 2010 – its highest figures since the event started in 1992. The event is known for showcasing new talent, but also includes established music acts from around the world.

Germany’s Hurricane festival is an annual rockfest staged at Scheessel, northern Germany. It runs for three days and is attended by around 40,000 visitors a day.

Arguably the festival most dedicated to rock, this three-day festival held at Donington Park in England last year hosted AC/DC, Aerosmith and former Guns ‘n Roses guitarist Slash in 2010. About 111,000 people attended the festival in 2010.

An annual four-day music event held in Benicassim on the east coast of Spain between Valencia and Barcelona. The event usually includes well established music acts as well as alternative and new music acts playing their first-ever festival. About 127,000 people attended the festival in 2010.

Information for these festivals have been gathered directly from the following webpages which can be found in my bibliography:
"Top 10 Music Festivals in the World"
"The Worlds Biggest Music Festivals"
Powered by